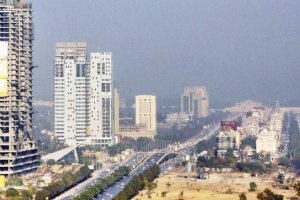 According to the meteorological department, the earthquake, measuring 5.5 on the Ricther scale, was felt in the federal capital Islamabad, Rawalpindi, Peshawar, Abbottabad, Chitral and other mountainous regions.

According to the United States Geological Survey (USGS), the epicentre of the earthquake was just 36 kilometers north east of Hindu Kush region, Afghanistan at a depth of 93km.